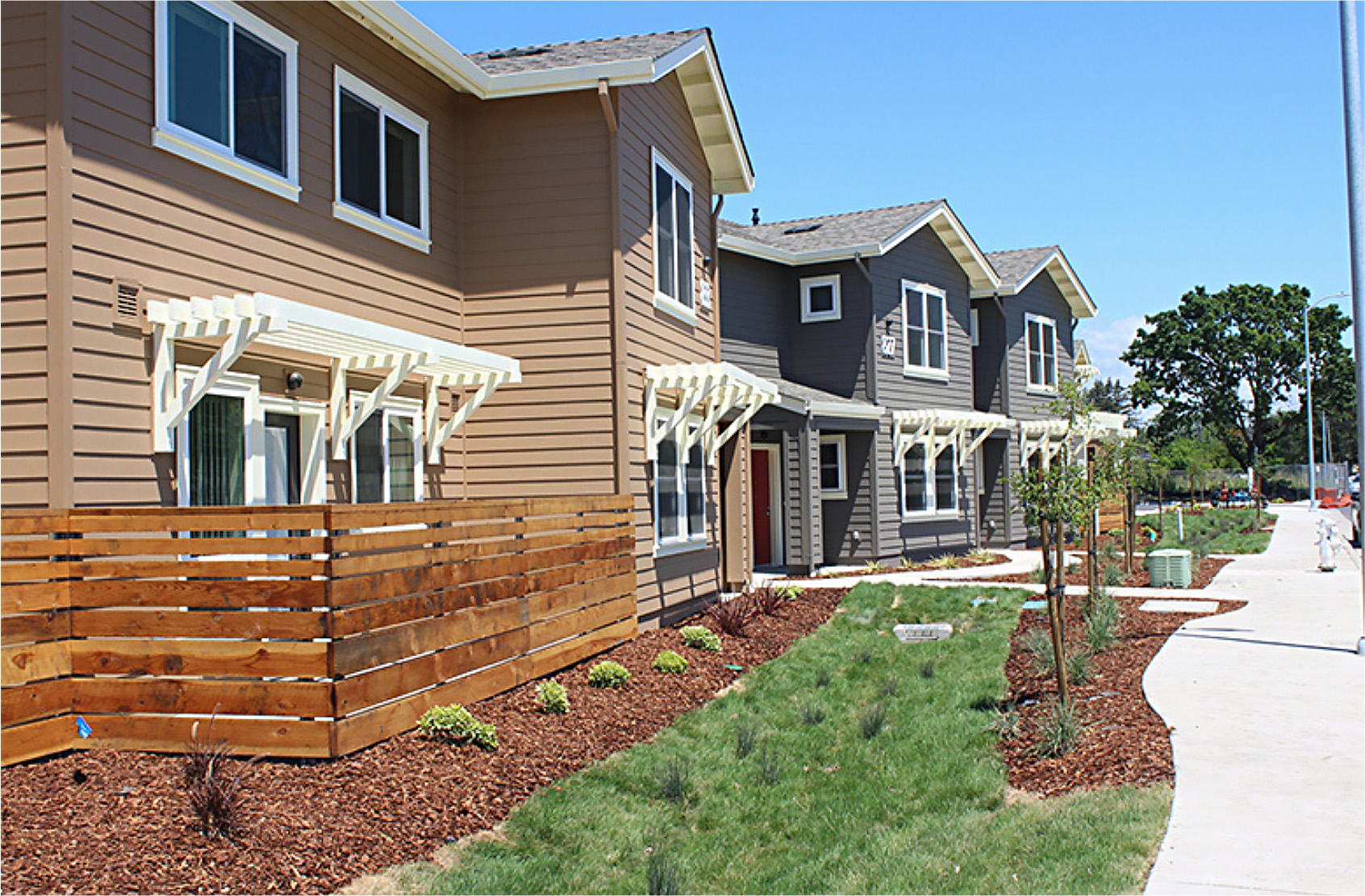 Crossroads, completed in June 2018, showcases one of Burbank Housing’s many successful partnerships with the County of Sonoma and the City of Santa Rosa.

Crossroads is a 79-unit rental apartment community in the Roseland Area of Southwest Santa Rosa. Crossroads provides attractive, energy-efficient rental units affordable to households at or below 60% of the Area Median Income (AMI), with a particular focus on serving extremely-low income families and the homeless. With 53 units at 30% AMI, 6 units at 40% AMI, 13 units at 50% AMI, and 6 units at 60% AMI or below, Crossroads offers housing affordability to our most vulnerable populations. The Sonoma County Housing Authority’s commitment of 53 project-based vouchers (PBV) ensured that Crossroads provided affordable homes at a time when there was a low vacancy rate, escalating rents, and many private landlords choosing not to rent to Section 8 voucher holders. At initial rent-up of Crossroads, more than 20 homeless households were served by these PBVs.

During the October 2017 wildfires, the City and County made tremendous efforts to maintain construction inspections so that the construction for Crossroads stayed on schedule. Even though Crossroads was within City limits by the time the units were rented up, Sonoma County Housing Authority remained committed to providing the 53 PBVs. In turn, the City of Santa Rosa Housing Authority has provided housing choice vouchers to eligible Crossroads residents. Opening just months after the October 2017 wildfires, Crossroads was also able to provide housing for low-income households that were displaced by fire disaster.

Stay up to date with the latest Burbank Housing News and Upcoming Events.